She tried every option available to try to relieve the depression, from regular counseling to different antidepressant medications, two of which made her feel suicidal. But after undergoing transcranial magnetic stimulation (TMS) treatment, she feels like she “won the lottery” — and the relief came in only eight weeks. 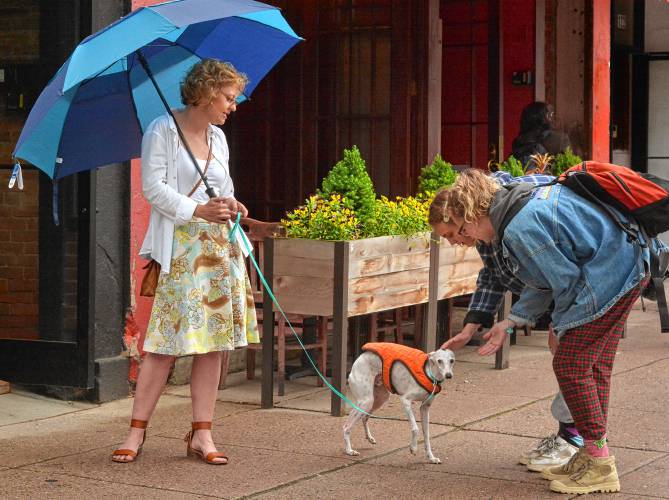 “Before, I was in too much pain to function any other way than to just tread water and try to stay alive, always knowing I could become too exhausted treading water and not be able to go on to the next day,” Maguire said. “That’s one thing I don’t think about anymore. I now know I’m going to have a future.”

TMS treatment sessions last for 19 minutes, and patients are seated while a small magnetic coil placed on the head stimulates the areas of the brain responsible for regulating mood, according to a description from ServiceNet, which recently became the first community mental health center provider of TMS in western Massachusetts (TMS is also offered by other local providers)

Maguire learned about TMS treatment after researching new and different options online. She was intrigued since it relies on proven neuroscience about how trauma affects the brain.

“I had so much blame that had been placed on me from external sources and I didn’t understand my own feelings and reactions,” Maguire said. “When I understood the neuroscience of what happens, that changed everything for me. I had been to no less than a dozen psychiatrists, I’d done long-term therapy with three different excellent therapists, and there just really was not hope.”

Maguire said she experienced no side effects with TMS treatment; just an annoying “tapping” sensation during the sessions. Some may also experience pain at the treatment site, according to NeuroStar’s website, which is one of two companies currently offering the TMS equipment and is the same equipment Maguire was treated with at Holyoke Medical Center. (Her doctor also told her that in rare instances, TMS can trigger seizures in individuals with seizure disorders.) 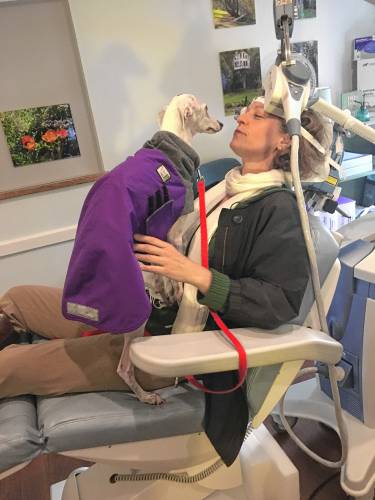 Maguire’s treatment consisted of 36 sessions in total, five days a week. Treatment typically runs daily for four to six weeks, according to ServiceNet.

Maguire said that by the sixth session, she started to get a peek at what life felt like before her depression. By the tenth session, she was feeling like her normal self again, for the first time in over a decade.

“Once the depression was released, the trauma is so much more reduced now,” Maguire said. “I just don’t get triggered the same way; I don’t react the same way, and I don’t feel despair or desperate. It changes everything in terms of how I can relate with people and in the world.”

She’s now also able to implement all she learned during her years of therapy now that she isn’t worried about feeling re-triggered, she said.

TMS treatment is covered by most insurances, according to ServiceNet — Maguire has MassHealth and didn’t have to pay anything out of pocket, but some insurance plans may ask patients to cover treatment copays, and those costs can vary from plan to plan.

Without insurance, private pay costs can be prohibitive, sometimes upwards of $10,000, according to Kirsten Lindgren, TMS coordinator at Holyoke Medical Center.

Months after completing the first round of treatment, Maguire was re-exposed to trauma and started to feel symptoms of depression again. But she immediately sought another round of TMS treatment, which worked. She still goes to counseling and takes medication, but at a much lower dose, she said.

In the past, she typically left the house only one day a week, when friends would see her and think she was fine, not understanding that she’d spent much of the other six days of the week at home, crying. Her disability seemed invisible to most people, adding to her feeling of isolation.

These days, she typically leaves the house by 7 a.m. She walks through town with her dog, Ra, and talks to people who stop her to ask about him. And in the last few months, she’s started working again, doing landscaping and housecleaning part-time, though she hopes to expand on that and return to working in a career in the future. 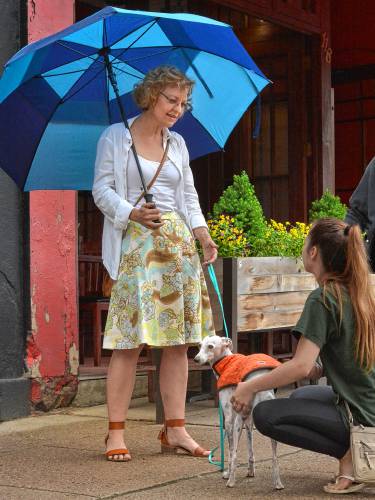 While she still has tough days and is now readjusting to life without a disability, as major depressive disorder is classified, Maguire said the change has been “shocking” in a good way, a bit like winning the lottery.

“You hope you’re going to win the lottery, but when you do it’s like, wow, now I have all this time, all this creativity, and I connect to every person I meet,” Maguire said. “All of a sudden, my future opened up as a real possibility that I’m going to live continuously.”

The treatment has been cleared by the FDA for over a decade but is “just beginning to gain more traction as physicians throughout the U.S. are offering the non-drug therapy at their practices and patients nationwide are crediting TMS for saving their lives,” according to the statement from ServiceNet.

Clinical studies show 58 percent of patients significantly responded to treatment and 37 percent achieved complete remission of their depression symptoms, according to ServiceNet.

There are a few prerequisites before patients can receive TMS under their insurance; for instance, NeuroStar TMS can only be used in patients “who have failed to receive satisfactory improvement from prior antidepressant medication in the current episode,” according to ServiceNet’s statement.

In an independent, randomized controlled trial, patients treated with TMS using a clinical-trial version of the NeuroStar TMS System were four times more likely to achieve remission compared to patients receiving sham treatment, according to ServiceNet.